Between 1995 and 2020 there has been a massively, positive improvement within Saudi Arabia when it comes to women in education and the labour market. This is a great step towards equality across the globe and they really stand out for their achievement in this department.

Saudi Arabia currently stand as the fifth most improved country in the world for there educational attainment. Which is certainly something to be commemorated on. With this dramatic improvement from 1995, Saudi Arabia now has a positive and equality within their education and labour market with thirty-five percent of all Saudi workers nor been women. (correct as of 2020)

The enrolment of female students at universities in Saudi Arabia to achieve a bachelor’s degree has risen by a massive two hundred and sixty-five percent between the years 1995 and 2018. In 2017 fifty-five percent of the female student who enrolled in education were studying computer science which is a fast-paced and forever growing industry.

Saudi Arabia has also seen an increase in female academic teaching staff, from 2003 to 2009 there was a rise of three-hundred and seventeen percent.

They have also seen an improvement with fifty percent of graduates who graduate with a Bachelor’s degree to be women as of 2018. This is alongside four percent more of students who enrolled as women in 2018.

If you want to be able to see the Women in Education Statistics for Saudi Arabia more clearly and are interested in these facts then have a look at the following infographic. It clearly shows the facts and figures that you need to be able to see the improvement they have made over the years. 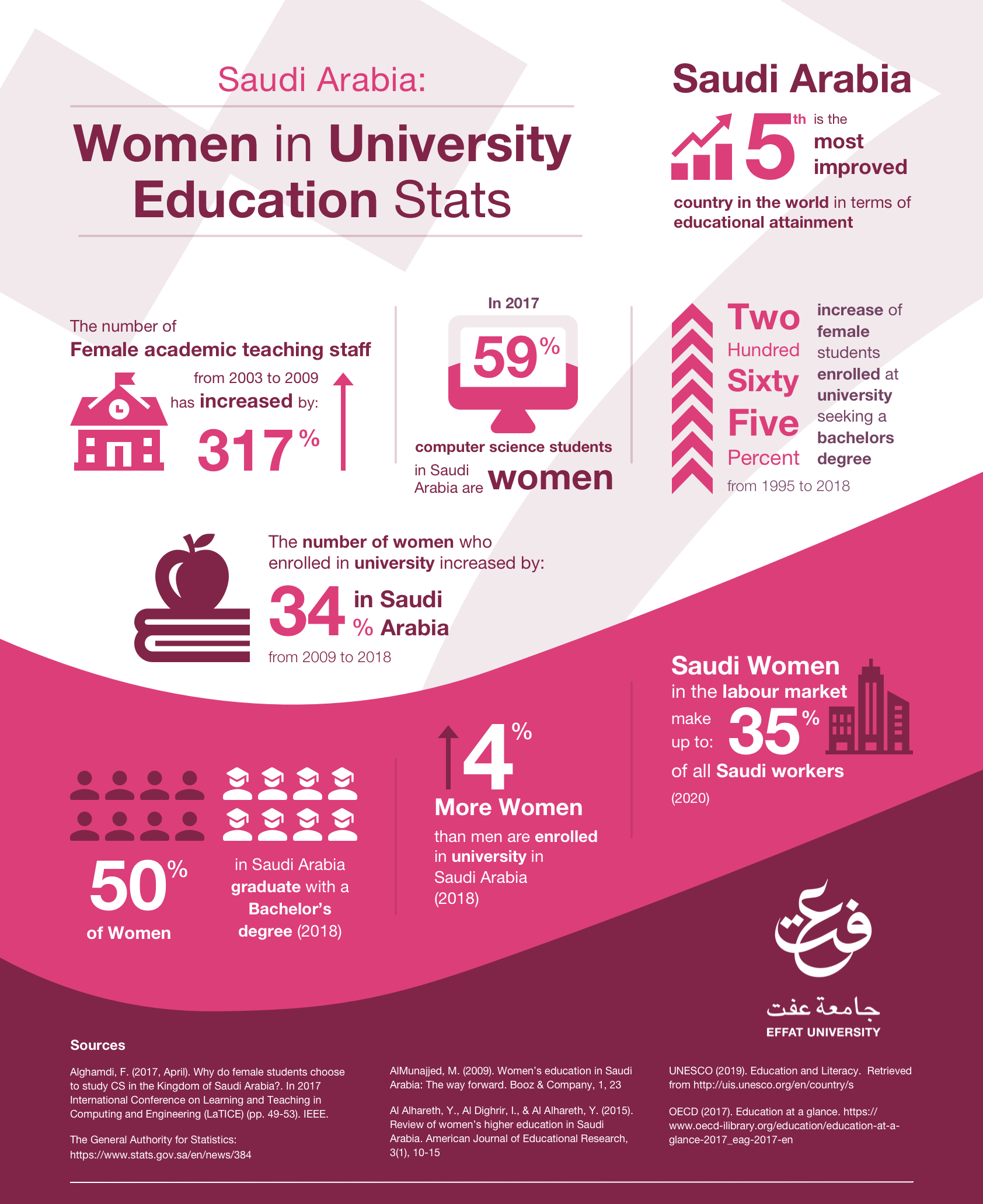